Players use physical laser tag weapons along side a WiFi hub unit to create a virtual battlefield. The AR phone app allows players to attach their mobile device to the side of the weapons to view mini-maps, health, ammo, and more. The weapons included a motor which provided a physical kickback while firing.

Big Red Button was asked to continue development on the mobile app for Recoil and I was brought in work on the UI and gameplay. I worked on menu scripting, UX, and specific features such as a low battery warnings within the app if the player’s gun needed to be recharged. 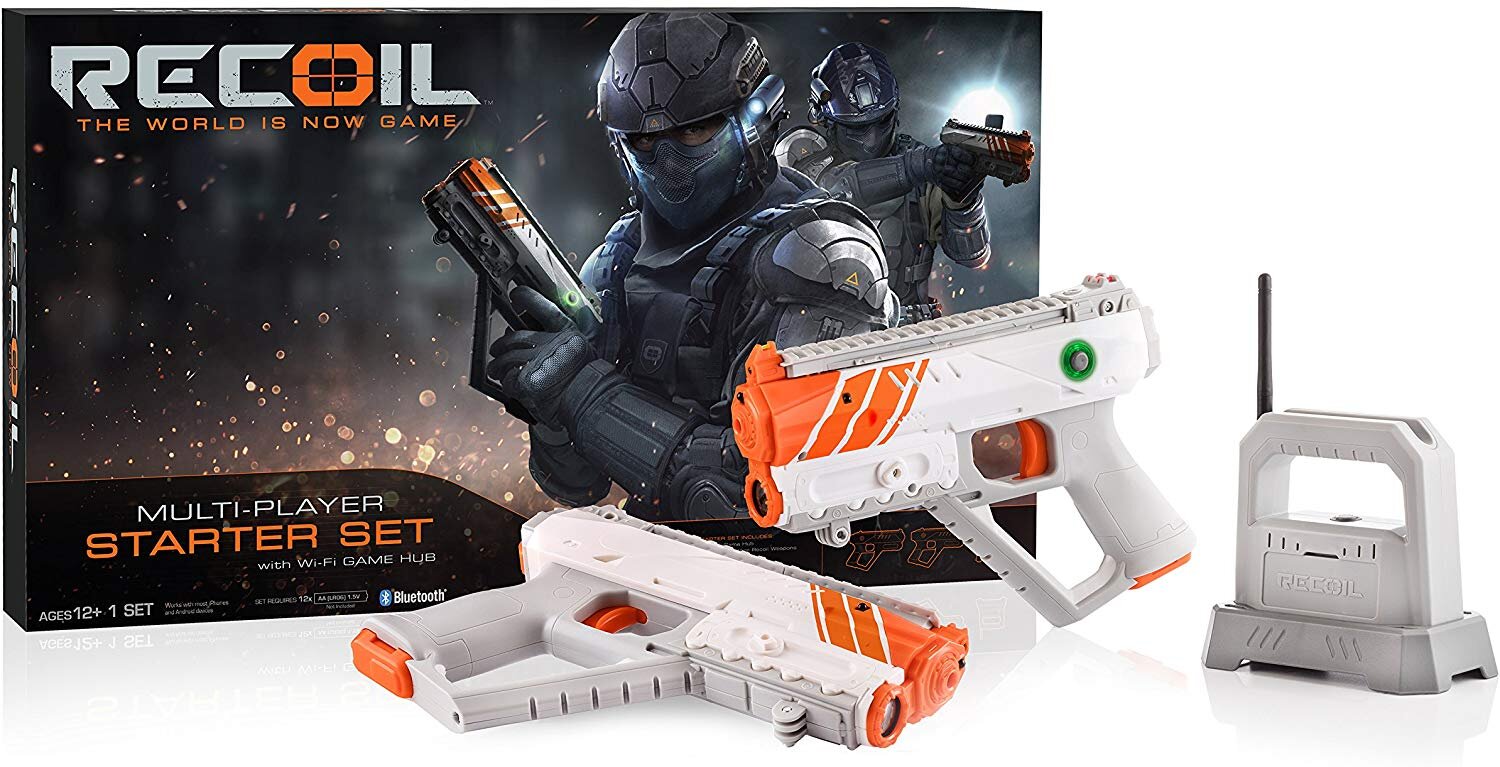