The goal of the project was to replace the physical kitchen “vignettes” in Lowe’s stores to show a wide range of kitchen options on a massive 3x3 array of 4k screens. The user interacts with a touchscreen to customize the 3D kitchen, and there is an arcade-style joystick to navigate the scene. 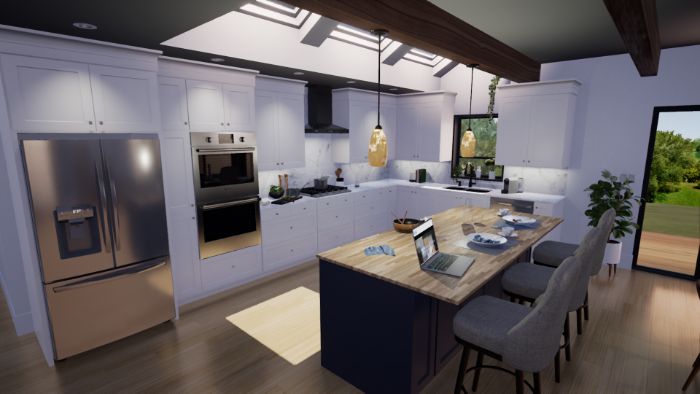 I took point on the rendering, touchscreen display, email takeaway, and analytics. Infinite Kitchen took advantage of real time raytracing for reflections, ambient occlusion, and cast shadows. I worked with the artist to create optimized materials and post processing settings to maintain a consistent framerate at 4k resolution. I implemented a React based touchscreen interface that uses a socket server to communicate changes to the Unreal application. Additionally, I created an email generator which produced a hero render of the final kitchen alongside product information and thumbnails for all of the user’s selections.